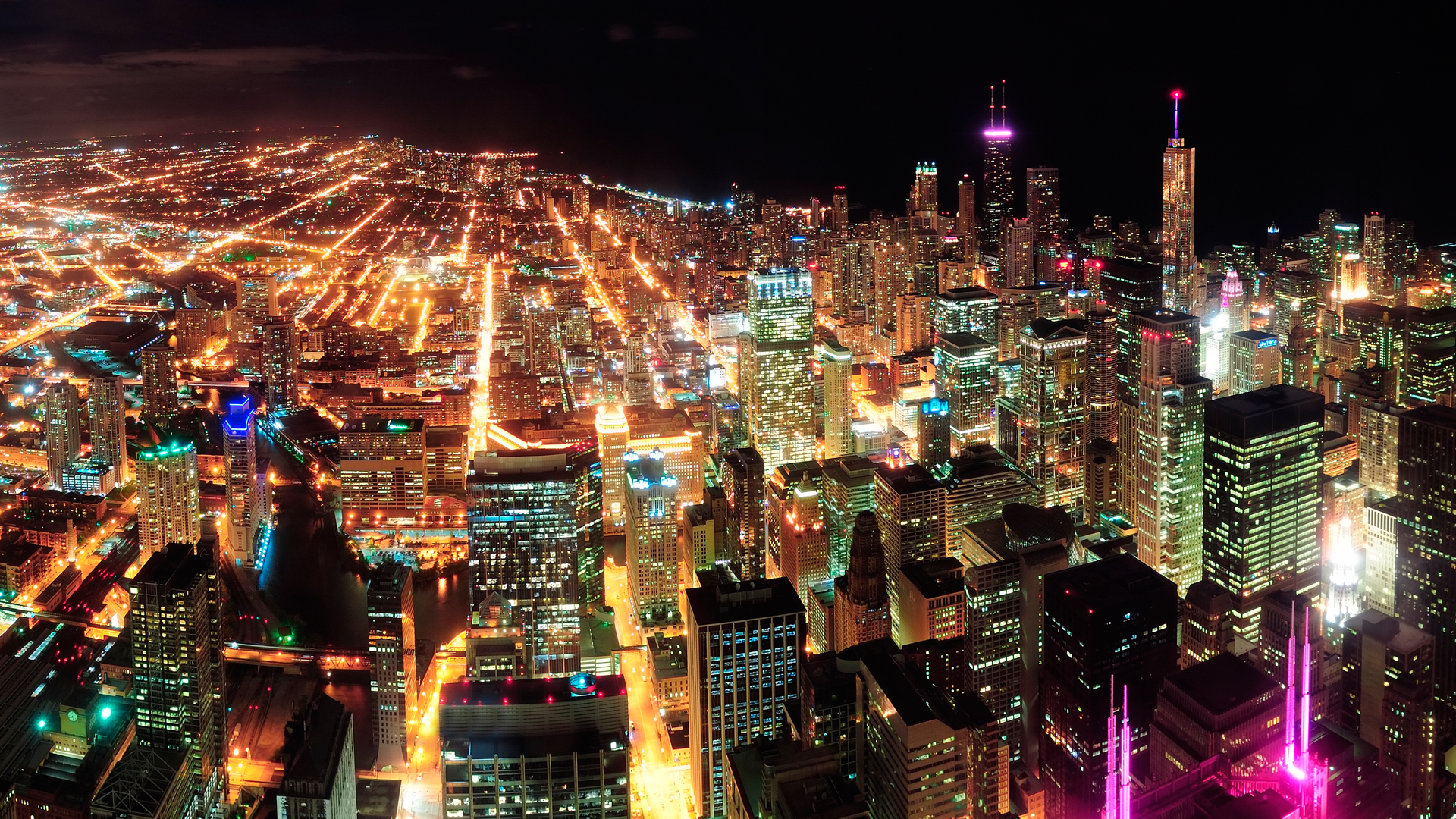 The US Dept of Energy is charged under the Energy Independence and Security Act of 2007 (EISA 2007) with modernizing the nation’s electricity grid to improve its reliability and efficiency. The act mandates modernization of the electricity grid policy of the United States to support effective, efficient, and reliable upgrading of the nation’s electricity transmission and distribution systems to maintain a secure electricity infrastructure than can meet future demand growth and achieve the ultimate goals that define a Smart Grid (Title XIII Sec 1301).

This Smart Grid will become the main platform for the nation’s future energy grid. It will be the backbone for the heart of power nationwide. This Smart Grid must ensure resilience, identify and prevent cyber attacks, and incorporate innovations and controls to provide affordable, safe, reliable power for all citizens. Reaching these goals requires new business models, regulatory models, and new responsibilities, as well as obligations, for grid operators, consumers, and new providers who will all help develop further innovative solutions.

The details of the elements of Title XIII of the EISA 2007 are as follows:

The American Council for an Energy-Efficient Economy (ACEEE) defines the Smart Grid as an umbrella concept describing electricity transmission and distribution systems that employ a full array of advanced electronic metering, communications, and control technologies. These technologies provide detailed feed-back to customers and system operators on energy use and allow precise control of the entire energy flow in the nation’s grid. Distribution networks and consumers will gradually switch from being passive managers and receivers, to active managers and empowered, engaged consumers. The changes the Smart Grid brings will affect everyone. Electricity will no longer merely be provided by professional energy suppliers, it will be controlled by end users. These end users will be connected to distribution networks which will replace simple electric reception through connection to transmission lines. Ultimately, state and local projects will be absorbed into the functional elements of the Smart Grid with emphasis on interoperability and cyber security.

In the absence of standards, the development of the Smart Grid technologies may produce diverse technological investments that will become prematurely obsolete or be implemented without adequate security measures. Therefore, the National Institute of Standards (NIST) has developed a series of standards that form the roadmap and framework to support state efforts in modernizing the nation’s electricity grid. Interoperability is one of the key objectives in these standards. SunView LED and APANET Green Technology Systems are compliant with these standards.

Reasons for the Smart Grid

There are several important reasons for the need to develop a national Smart Grid. The nation’s current electricity grid is not equipped to meet the collective demands of current or future needs with the efficiency required to maintain citizen comfort and national security. Some studies claim that the present electricity generation and transmission system of the United States is ineffectual and wastes approximately two-thirds of the energy used to meet national electricity demands. With the current inefficient and often unreliable electricity system, the national economy loses approximately $250 billion annually. Outages alone cost America $150 billion each year. The price for electricity is rising steadily and in ten years it is predicted to increase over 30% of its present cost. When the rate increases, so does the cost of the losses.

Globally, utility fraud is second only to credit card fraud and costs about $85 billion worldwide. Billions of dollars are stolen from national grids, because it is easy to do and difficult to detect. The United States loses $200 billion in electricity loss and theft due to inefficient monitoring and the arduous efforts required to pinpoint exact cause of loss. Overlooked transformers, illegal by-passes, and metering errors, coupled with aging technological equipment, contribute to this inefficient loss.

Brownouts and blackouts occur due to the slow reset time of mechanical switches, lack of automated analytics, poor system visibility, and a lack of situational awareness on the part of grid operators. These outages move beyond simply waiting for lights to turn back on. Industrial production plants stop. Perishable food spoils. Traffic lights and credit card transactions become inoperable. These forms of outages cost American businesses on the average of $100 billion yearly. Anyone who has experienced a lengthy electricity outage due to a natural disaster understands this inconvenience, discomfort, and fear that results from an entire system breakdown. During recent national weather disasters, the fortunate, who still had homes, sat in the cold, wet, and dark waiting for the power to come back. Some had the comfort of kerosene generators as they waited. Teams of professional electricians were summoned from far away states to assist in finding and repairing the cause of the outages. We all remember their tired expressions of frustration as they toiled endless hours over massive lines searching for the source of the power damage in inhospitable weather. With the Smart Grid, malfunctions are noted immediately and locations pinpointed exactly. No time and expense is wasted.

Our current electric generation system annually produces 4.03 million tons of sulfur dioxide (SO2) and 2.1 million tons of sulfur oxide (NOx) which is transferred into our environment. These, coupled with other pollutants, add $125 billion to annual healthcare costs, cause 18,000 premature deaths, 27,000 cases of bronchitis, and 240,000 cases of respiratory distress. The noxious effects of rampant air pollution create approximately 2.3 million lost days of work nationwide due to illness. Adding to these dismal statistics are findings by the US Environmental Protection Agency (EPA). They state that nationwide there are 200,000 premature deaths per year due to combustion emissions especially from changes in particulate matter concentrations, and 10,000 deaths occur per year due to changes in ozone concentration. From economic to environmental warnings, the development and implementation of the Smart Grid is critical to America.

The Smart Grid is a Visible Network System

The Smart Grid technology will make clearly visible what has been up to now an invisible power producing and delivery network. It will improve the ability to predict overload and avoid outages by distribution methods that include renewable, non-renewable, and distributed energy resources (DER). These systems include natural gas fueled generation, combined heat and power plants (CHP), electricity storage, solar photovoltaic (PV), solar-thermal energy, wind energy, hydropower, geothermal energy, biomass energy, fuel cells, municipal solid waste, waste coal, coal-mine methane, and other forms of distributed generation (DG). In using megabytes of data to move megawatts of electricity, the delivery of electricity will be more reliable, efficient, and affordable. This process will create an electric system for the United States that will move from a centralized producer controlled network to less centralization and a more proactive consumer response network.

The Smart Grid will empower consumers to participate and choose using a public two-way communication between utilities and consumers. This will enable consumers to accurately view the electricity they use, when they use it, and how much that use costs. Through a sort of social behavior modification, consumers will be able to self-manage their own electricity use by investing in intelligent, energy-saving end-user devices or selling energy back to the utility company as excess stored energy in exchange for discounts, rebates, incentives, or revenue. This social behavior modification applies to utilities as well. Due to proactive customer participation in electric consumption, utilities will be able to use consumer demand as another alternative to alleviating the need to search for additional power generation. For the first time, residential customers will be on the same playing field and have the same discount options and demand responses presently offered to commercial and manufacturing customers.

Studies have been made that report over the past twenty years if the Smart Grid already was in place, the nation would have saved from $46 billion to $117 billion dollars by not constructing obsolete power plants, inefficient transmission lines, and ineffective sub-stations. The goal of the Smart Grid is to reduce utility costs, maximize efficiency system-wide, and prevent outages from natural, human actions, and cyber attacks.

What will matter most to the consumer is effective delivery of electricity at an affordable cost. This is the realm of dynamic pricing which reflects hourly variations in retail power costs and gives consumers timely information to choose low cost hours of use. Consumers will be able to refuse to use or reduce their use during peak electric use hours. Demand responses will be created to allow all electric consumers from industry to residential to use energy in a rational manner by cutting energy use at peak times or when power reliability is at risk. Advanced Metering Infrastructure (AMI) will provide real time monitoring of power usage to consistently inform all consumers of their use and options. Distributive energy generation will allow customers of all scopes to use the generation of energy on their premises to offset their consumption costs by actually turning meters backward when they generate more electricity than they have demanded or simply providing them a credit for the excess energy in their next bill cycle.

For the reduction of toxic carbon, the Smart Grid’s ranks the potential in providing cost effective clean energy using plug-in electric vehicles (PEVs), including plug-in hybrid electric vehicle (PHEVs), as the main response to this environmental threat. Although the vehicles by themselves will not produce the savings, the Smart Grid technology will allow them to generate their fundamental potential. The present idle production capacity of the nation’s electric grid could supply 73% of the energy needs of the vehicles on the road with existing power plants. Integrating that idle production would put that power back into the national grid. The use of electric vehicles would reduce 52% of net oil imports or about 6.7 million barrels daily, reduce CO2 emissions by 27%, and cut Greenhouse Gas Emission (GHG). To achieve this goal, vehicle charging must be done during off-peak hours. This peak time considerations will apply to electronically controlled appliances including ranges, dishwashers, refrigerators, microwaves, washers, and dryers. The Smart Grid will allow remote control of these devices using compatible global interoperable standards to transmit signals to and receive signals from devices while away from home. The benefits to consumers include their ability to make choices that save money, improve their personalize energy convenience, and impact the environment in a positive way.

The Smart Grid is the Future of America

Up to the present time and for most of us, energy use has been a passive purchase, unclear in exact cost, and confusing to consider. We receive bills. We pay them and hope there is not an outage especially in extreme weather conditions. Controlling the consumption, distribution, and generation of electricity by using the technologies of the Smart Grid will contribute to national and global environmental protection. If we choose to do nothing, polluting emissions will rise, electric rates will increase substantially, consumers will be forced to pay excessively higher rates, they will have no choice or options, and brown/black outs will become a norm. This is not a future option for America.

When the nation implements fully the Smart Grid, it will change and hopefully enhance every aspect of the electric delivery system from generation, to transmission, to distribution, to storage. This implementation will create utility initiatives that will encourage and provoke consumers into new patterns of electricity usage. The modernization to the Smart Grid is central to national efforts to improve and increase the reliability of energy efficiency, transition to renewable sources for energy use, reduce greenhouse and carbon pollutants, and provide a sustainable, comfortable, safe environment for future generations. The Smart Grid will have requisite levels of interoperable standards that will enable innovative changes, some yet unknown. This interoperable system will exchange meaningful actionable information in a safe, efficient, and reliable manner. This System of systems will provide information sharing with flexibility, fidelity, and security to allow our nation to prosper and perform into the future.

For more detailed information, please read and/or download our Smart Technology Brochure, our Interoperability Brochure, and our SunView LED Company Overview Brochure found under the Virtual Brochures Tab on this website.